Our 5G Future — And How to Get There 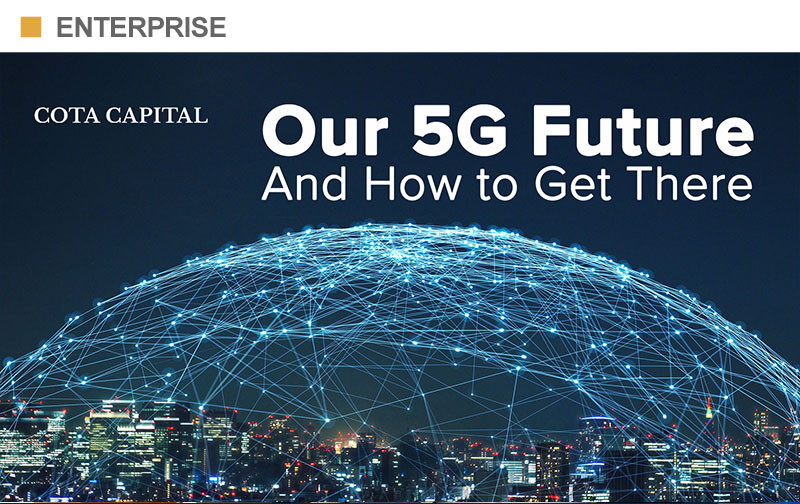 5G Applications for a Better World

Few if any of us would argue that being stuck in traffic is a pleasant way to start your day. So most mornings, I check traffic conditions on a map application to determine whether it’s a good time to leave. But sometimes, in a rush to leave, I forget to check and almost inevitably find myself stuck on the 101 for as long as an hour. What if instead our city streets could proactively send the following message to our phones: “Wait 20 minutes — the streets will be completely clear.”

This is just one example of how 5G and associated technologies may improve our lives in the future. Here are a few other examples that could save not only time, but money and potentially lives.

That’s the future promised by technology in the 5G era, and it’s a vision that is both compelling and easy-to-grasp. But in order for this 5G future to materialize, a number of other technologies must coalesce at the same time, creating the possibilities for the applications described above and many others. Accelerating that convergence of technologies is what drives our investment approach at Cota Capital.

Technically speaking, 5G refers to a new protocol for wireless communications, and it has a lot of promise on its own. But 5G gets turbocharged by the addition of the following technologies:

It’s the confluence of these four technologies — 5G, edge computing, AI, and the Internet of Things — that will shape the future for the next decade and beyond. That’s our operating thesis, and in acting on it we are interested in two different domains. One is infrastructure, the nuts and bolts needed to enable that future and the other is companies delivering solutions that bring the four technologies together.

Bringing it All Together

We are interested in companies that can help technology advance in one or more domains, as well as those companies that bring these four technologies together — this is where we believe the next large companies, the next Googles, Apples, or Microsofts, will be built. The other is the application domain, which is to say the companies that operate on this infrastructure. One company we’re especially excited about in the infrastructure space is a Cota Capital portfolio firm called Movandi, which makes technology to boost the power of high-frequency spectrum waves, which we believe is currently underused but can carry large volumes of data and accelerate access to and adoption of 5G.

If we are more than ready for the 5G future to arrive, there has to be more collaboration and consensus in order for investors and entrepreneurs to execute. Here are a few areas of dependency:

Why is China the Global Leader in 5G

China has three main telecom operators — China Mobile, China Telecom, and China Unicom. All three are controlled by a single entity, the state’s Ministry of Information, which decides who gets what amount of spectrum and mandates, to a large extent, the kind of technology used by each operator. What’s more, China has a national industrial policy that is articulated every five years; its current five-year plan calls for, among several other objectives, the country to become the world leader in 5G. It’s a much more centralized approach to developing an ecosystem, and while central planning probably will never work in the United States, having an industrial policy that unifies the approach of government at all levels, industry, and academia is the key to success.

Supporting the Innovation Power of Entrepreneurs

It’s a lot to sort out. In the meantime, I’m putting a lot of faith in entrepreneurs, who have a way of creating solutions to seemingly unsolvable problems. For instance, we know that machines are very good at creating order out of chaos and with advances in computing technology and artificial intelligence, we should be able to overcome some of the infrastructure and regulatory challenges to accelerate the 5G era; for example, create an application for getting permits for a new national mobile network.

While it seems hopelessly complex, there are a finite number of rules and regulations — on national, state, city, and local levels — that can be captured in a database that will allow for the automated processing of applications. The automation of the application process based on all applicable rules, followed by automatically designing a site that meets those rules is a huge accelerator for 5G deployment, and is something that is already being addressed by innovative startups in this space.

So, while we can rely on the innovation power of our entrepreneurs to solve complex problems, we need to create the right environment for them to flourish. Investors, like Cota Capital, partially enable the creation of that environment by providing access to capital and knowledge.