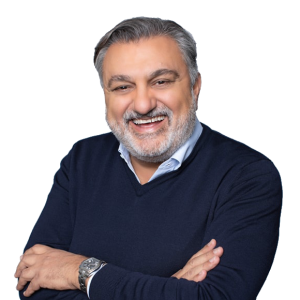 Bobby Yazdani is Founder and Partner of Cota Capital, a San Francisco-based firm investing in private and public U.S.-based modern enterprise technology companies. Bobby works full time on the development and support of entrepreneurs through Cota Capital and is well-known for his active, impactful approach in building and engaging with portfolio companies. Launched in 2015, the firm has over $1 billion in assets under management, is SEC-registered, and focuses its investments in the areas of Modern Infrastructure, Enterprise Automation, FinTech, and HealthTech.

Before forming Cota Capital, Bobby spent over 20 years investing in technology companies both individually and through his family office, Signatures Capital, which he founded in 2006. Through his family office and Cota Capital, Bobby has invested in over 200 private companies. Drawing from nearly three decades of entrepreneurial experience in Silicon Valley, Bobby mentors, advances and empowers entrepreneurs on their journey to build great companies. In 2014, Bobby was ranked #1 out of 2000 angel investors for successful follow-on funding by CB Insights. Bobby made his first investment in 1989 in medical technology company Masimo (NASDAQ: MASI), where, in addition to providing capital, he wrote software to enhance the accuracy of the company’s early neonatal pulse oximeters.

Born in Tehran, Iran, Bobby completed high school in England and received a B.A. in Applied Mathematics from the University of California, Berkeley.